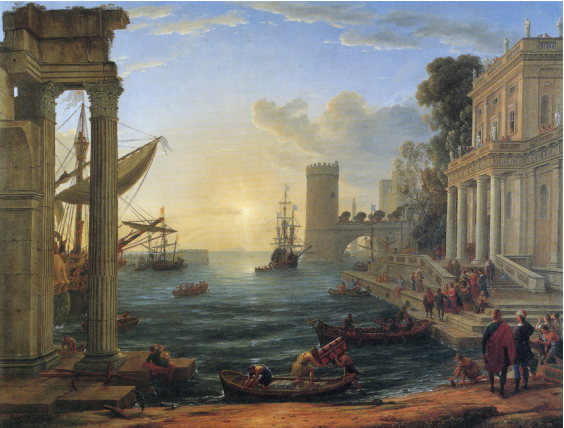 Los Angeles, 1975, at the intersection of Beverly Boulevard and La Brea Avenue.

“I made this photograph at the intersection of Beverly Boulevard and La Brea Avenue in Los Angeles on June 21st in 1975. I was beginning a commission from the great architect, Robert Venturi, to explore the contemporary American landscape. I was drawn to this scene because it seemed to be such a quintessential Los Angeles experience: the gas stations, the jumble, the signage, the space. I was also, for my own personal reasons, exploring visual structure. For the previous two years, since I had been using a large format camera, questions would arise, seemingly on their own. They were questions about how the world I wanted to photograph could translate into an image. They were, essentially, questions about structure.

For about a year, my work had been moving toward greater structural complexity. Look at this picture made a year before the Los Angeles image: Both of these pictures happen to be based on one-point perspective, with the vanishing point in the center of the image. The Los Angeles image is much denser; there is more information to organize. I was also interested in how the frame of the picture forms a line that all the visual elements of the picture relate to. It is the image’s proscenium, as it were”. | Read and download full article