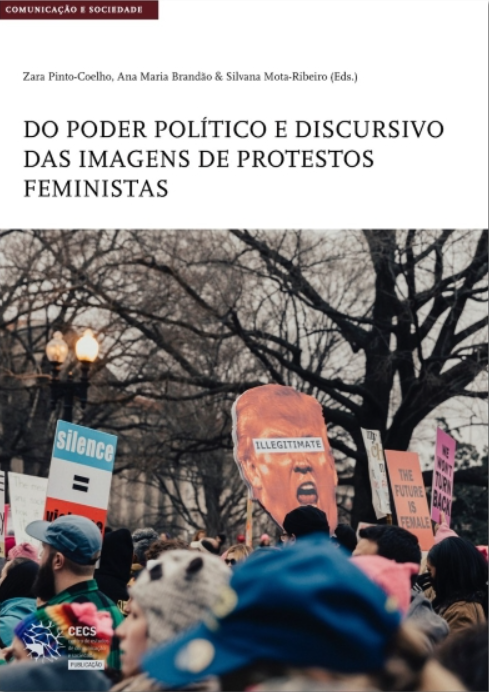 Do poder político e discursivo das imagens de protestos feministas (On the political and discursive power of images of feminist protests), a book edited by Zara Pinto-Coelho, Ana Maria Brandão and Silvana Mota-Ribeiro, brings together a set of case studies that deal with the visual images of protest and resistance actions by women and feminists, in sociocultural contexts, historical moments and different geographies.

According to the editors, “when the referent is protest images, we tend to think of spectacular moments of resistance, portrayed in visual images of crowds in the streets, confrontations with the police and the military or, in opposition, images of silent vigils. But there are other forms of individual and collective action of political conflict and resistance to domination and oppression, subtler or covert, that function in the shadow and that tend to escape the radar of scholars interested in the images of protests” (2021, p. 14).

One of the examples of the variety and complexity brought together in the images of feminist protests is found in the chapter Gênero e memória: Abordagem sensível das arpilleras chilenas a partir de Gilbert Durand  (Gender and memory: Sensitive approach of Chilean arpilleras from Gilbert Durand), written by Maria Rita Barbosa Piancó Pavão and Mário de Faria Carvalho. The authors, based on a different medium of protest and urban art form poorly studied, the arpilleras, reflect on its value in representing a sociocultural imaginary and as an instrument of memory, resistance, and gender visibility.

The book is available here.