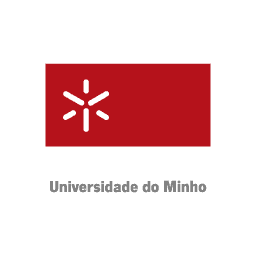 Gama, M. G. (2011).Communication and fashion: when the real is realized in sign

The utopia of the perfect body has led to an investigation on the immersion of technique in life, on the fusion of bios with technê, the hybridity between the organic and the inorganic. A body corrected by geneticists, by health mechanics, by investigators, by computer engineers and many other technicians, that are helped by a more and more developed technology . We aimed at understanding how the progress of technoscience and biotechnology, of genetic engineering, of medicine, of mechanics, of robotics, of cybernetics, had a revolucionary effect in the way we think about ourselves as a singular identity. We tried to understand what is at stake when science aims at creating life. Are we close to shape the human? If we are confronted with the possibility of altering, in a conscious way, what we are, we ask the question: what kind of humanity and society are we willing to construct in the future? In spite of all, the present world shows us that the body has become an unfinished matter, a sketch to be corrected. A new horizon is being opened, in which technology can allow the “ideal” to become reality. New possibilities arise that easily become new obligations. It’s a very short step between “anything can be done” and “something has to be done”. We aimed at observing if the body has become a vivid writing, giving or not the possibility of new ways of fabrication of the self, if what it is aimed is an identity in full bloom. We also tried to understand how the new status given to the body made it able to be seen as a space of multiple possibilities, as a space of all places and non-places. We confirmed, under the sign of messianism, the proliferation of aesthetic surgery, what shows us the social value of the body, an identity of somatic construction: a body seen as an artifice, as a piece that can be thoroughly modelled, adjusted and readjusted. Although it was not our intention to write a History of fashion, we included a Brief Archaeology and Evolution of Fashion and its Creators. Through it we can see that is the new that matters, and in that enthronement of the present, of the new, Debord already affirmed in the 60’s, that fashion repulses what has been seen and welcomes the territories marked by indefinite and unlimited practices. One of the final aspects of our work has been Portugal Fashion and what this event encompasses.