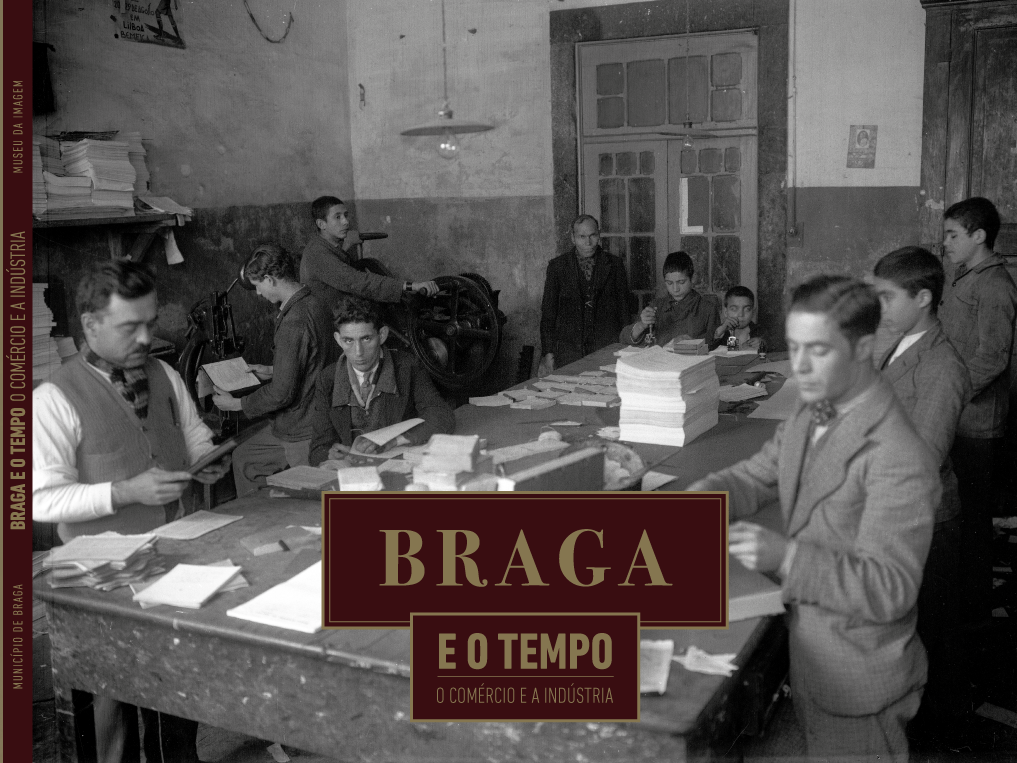 In Braga and Time, Commerce and Industry, text that is part of the catalog of the Exhibition of the Photographic Collection of the Image Museum, Miguel Bandeira covers the development of Braga in the first half of the 20th century. It was at this time that the city became “a considerable administrative and commercial center, polarizing the densely populated, rural hue, in slow transition”.

Trade, its gradual specialization and the emergence of the first industries in Braga are revealed in urban design and here portrayed by the author. | Full text in Portuguese