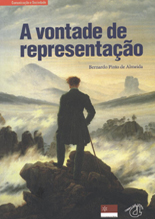 “Few traits seem to distinguish with such a striking sense of evidence our age and its artistic culture as a phenomenon that we have termed reproduction. The reproductive process in its relations with the artistic phenomenon – which Walter Benjamin began to study, almost intuitively, in one of its most radical aspects, that of technical reproducibility – is, in my view, one of the most radically new phenomena of this era and also one of the least studied, although the paradigm of the so-called Postmodernity was largely built upon it. “| More Information