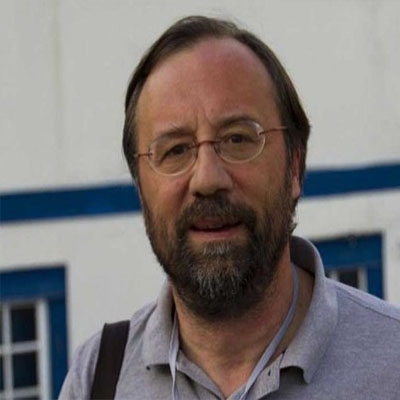 Miguel Bandeira is PhD from the Institute of Social Sciences (ICS) of the University of Minho (2002/2015); Master’s degree from the Faculty of Letters of the University of Coimbra (1993), and Degree in Geography from the University of Porto, with specialisation in plannings and spatial planning techniques of the territory (1982). He has been developing teaching and researching on the fields of Urbanism, Cultural Studies; Architecture; Modern and Contemporary History; and Natural and Cultural Heritage.

He was President of ICS (2010- 2013) and Vice-President (2003-2010). Author of several national and international publications. He was director of ASPA – Association for the Defence of Heritage for more than 20 years, of which he was also its President.

He is a researcher at the CEGOT and an associate at the CECS. Former Secretary General of the CEER Foundation – Centre for Euro-regional Studies North of Portugal / Galicia (CEER).

He is an Associate Professor with habilitation at the Institute of Social Sciences of the University of Minho (ICS). He currently holds the public post of Councillor in the Municipality of Braga (since 2013) with the areas of Urban Regeneration, Heritage, Relation with Universities, Urbanism, Planning, Spatial Planning and Mobility. He is the Chairman of the Board of Directors in BragaHabit E.M. (since 2013).

He is a member of the Portuguese Association of Municipalities with a Historic Centre Board and was a member in the Directors of the Portuguese Association of Municipal Housing Board. He is also the curator of the Bracara Augusta Foundation and a member of the UMinho’s Lusíadas Studies Centre Board. He holds various social and institutional positions in various Institutions and Municipal Companies (Lúcio Craveiro da Silva Library, Theatro Circo, and Urban Transports of Braga). President of the Municipal Transport Authority of Braga, Vice-President of the Strategic Council for the Heritage and Urban Regeneration, and member of the General Assembly of specific purposes association “Urban Quadrilateral” (Barcelos, Braga, Guimarães, and V. N. Famalicão).