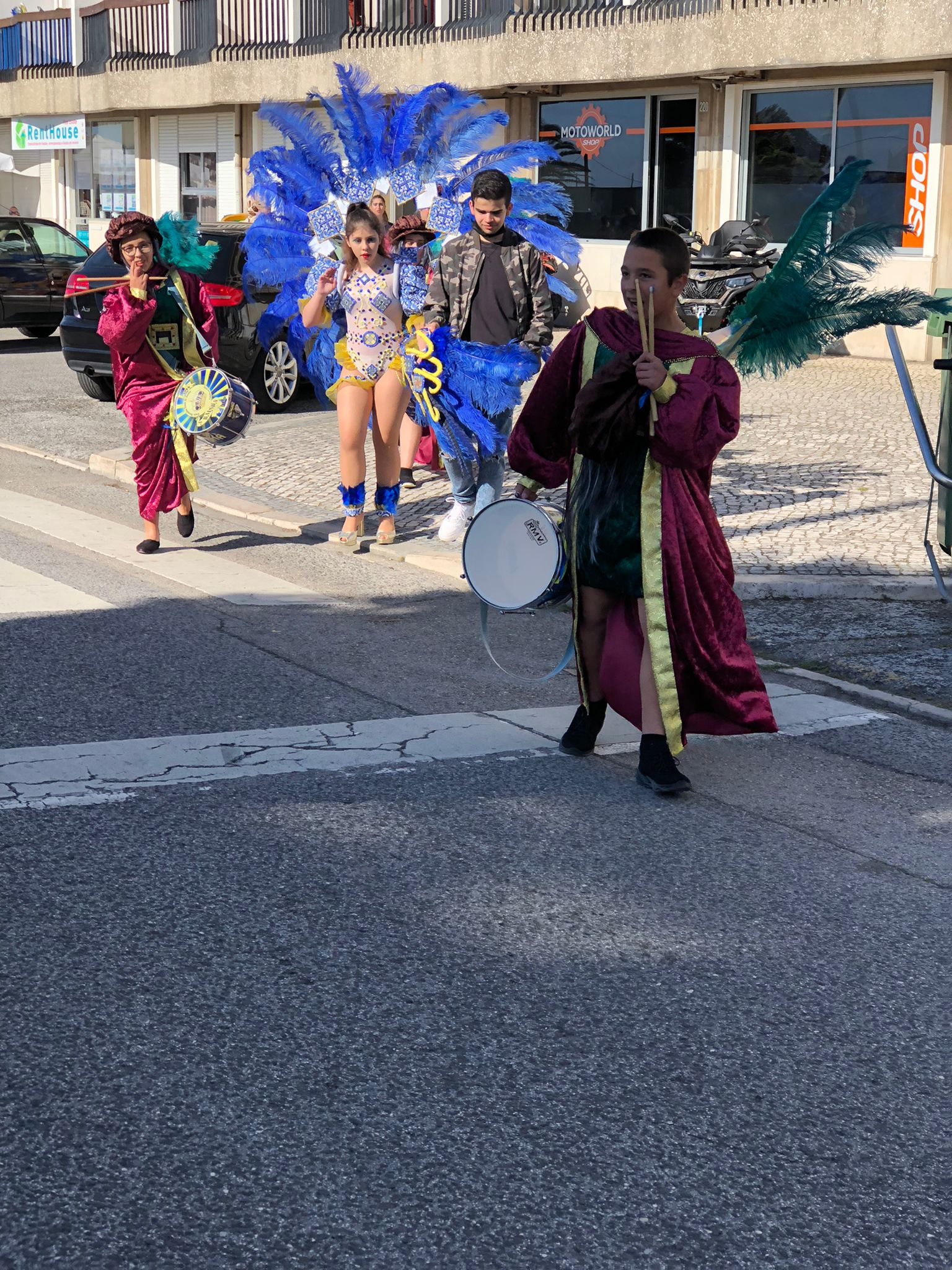 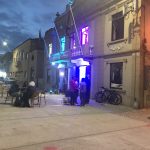 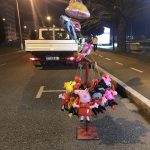 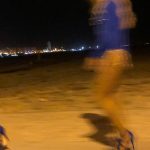 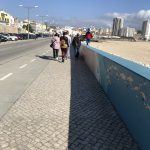 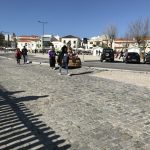 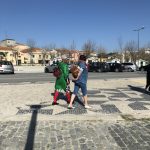 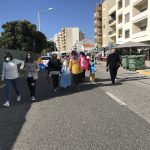 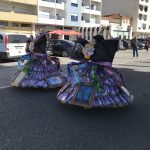 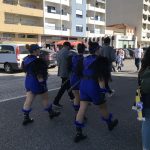 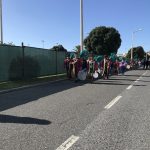 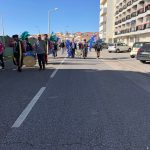 Between rain touched by a north wind and a biting cold, I bumped into the Figueira da Foz Carnival, almost two decades ago, on the Atlantic Avenue, which had just been transformed into an oasis of ridiculously weak palm trees. Years later, the genius of the oasis, returned to Figueira, taking it as one of the few cities in the country to enjoy Carnaval in the street. I saw it in the newspapers. And I witnessed it in loco.

The Figueira city that I know is the one with melting ice-creams on mild summer nights (some of them) or with strong, northerly nights (others). Always with ice cream. The avenue spreading out on one side and the mountains imposing themselves on the other. All this at the end of childhood, adolescence, adulthood. It will leave its marks. Literature on the beach (Casa Havaneza is dead), a sea like no other, the Buarcos beach disappearing daily. But, well, Carnaval. Saturday. In the twilight hours, the theater group Caras Direitas (Straight Faces) is trying to liven up the early evening, with last minute preparations, the bar getting started, and half a dozen members and friends setting the scene. Let’s go down the avenue, where it’s still going on, empty benches, a frenzy brewing. The night is cold, but, come on, the palm trees are not swaying. The first event is the presentation of the samba schools, paid at 2 euros a ticket. The samba can already be heard, in batucadas, here and there, a histrionic rehearsal, to ward off the winter. We are talking about Carnival, but it could be any other popular pilgrimage, such is the number of confectioners, balloon sellers, popcorn sellers, cake sellers, whatever is possible, since recent times have not been conducive to street vending. It’s not yet 8 pm and Fernando’s Hideway is already queuing up to get in. The samba schools are flocking to the esplanade, between sangria, beer, and menu to face the night. The cost of the entrance, of course, is a matter of discussion: there are those who defend a case of beer and the promenade by the beach, instead of the bleachers, while the leader (already made up with glitter) of the Trepa Coqueirosmakes the calculations of expenses and defends the paid ticket. People from Vai Quem Quer, from Tribal, from Morenos, the Costa da Prata Samba School asks for coffee, the police vans start to get bigger.

Minutes away from the long-awaited parade, the stands fill up, dazzled by the spotlights. On the beach, many people spy the spectacle from a distance, watched by the police. In my first Carnival here, the swaying of thighs shivering from the cold was all good will; this year, it has become institutionalized. And with it, the groups of onlookers, spying on the girls through holes in the hammock. There is something extraordinarily hierarchical about all this, from the families who ritually join the party, between boredom and curiosity, to the stage for individualities, beginning and ending with what we see of the samba schools: a trans-generational amateurism, stuffed with rules. Even the least structuralist of non-structuralists cannot help but pay reverence to Michel Foucault and his Order of Discourse (Foucault, 1997/1970). There are clear power relations (the autarchic power, of associative movements) crystallized in symbolic capital (Bourdieu, 1989) that are scarcely questioned. Which makes me think of the transgressive origin of Carnival (in revelry, satire, and nonsense) so totally taken over by rules that subvert it.

On Sunday (the day of the parade) the line to get in is huge, whole families come from far away on foot, for the Figueira Carnival, old people park their Fatima stool on the Portuguese sidewalk. What a memorable fat Sunday, dressed in costume or new clothes, tight shoes, and some customary boredom. If there is a show, you must see it. To him and friends you haven’t talked to in ages, a cotton candy, and some sun, by the way, the day is beautiful. Perhaps George Simmel was right when he alluded to the grinding power of the metropolis, to its competence for impersonality. It seems that the author’s words were written for what is observed here: “From a certain point of view, life is made infinitely easier in the sense that stimuli, interests, and the affectation of time and attention arise on all sides and lead it by a flow that makes little or no demands on individuals” (Simmel, 1997, p. 43).

But the city will also be the polis constituted by individuals with Hannah Arendt’s (2001/1958) capacity for agency. In this city, cultural manifestations fit, which are coated with eminently political relations of force and power. It happens that a body (bios and socius), as Babo (2019, p. 189) states, remains a body, with “the faculty of incorporation, that open-ended capacity that allows for an impregnable and impregnable field of mutations: opening of the range of senses, opening of performances, opening of memory and intelligence”.

By now it is night, from the programmed party in Figueira, one can hear the echoes in the background, on the way to Buarcos. In the solitude of the night, there are those who don’t give up the usual habits: walking by the sea, or the cane aimed at the fish. In the flickering light, two transvestites tear the horizon: blond hair, thongs, high heels, and the shameless air of those who scandalize, even on the night of all revelry. Long live Carnaval!