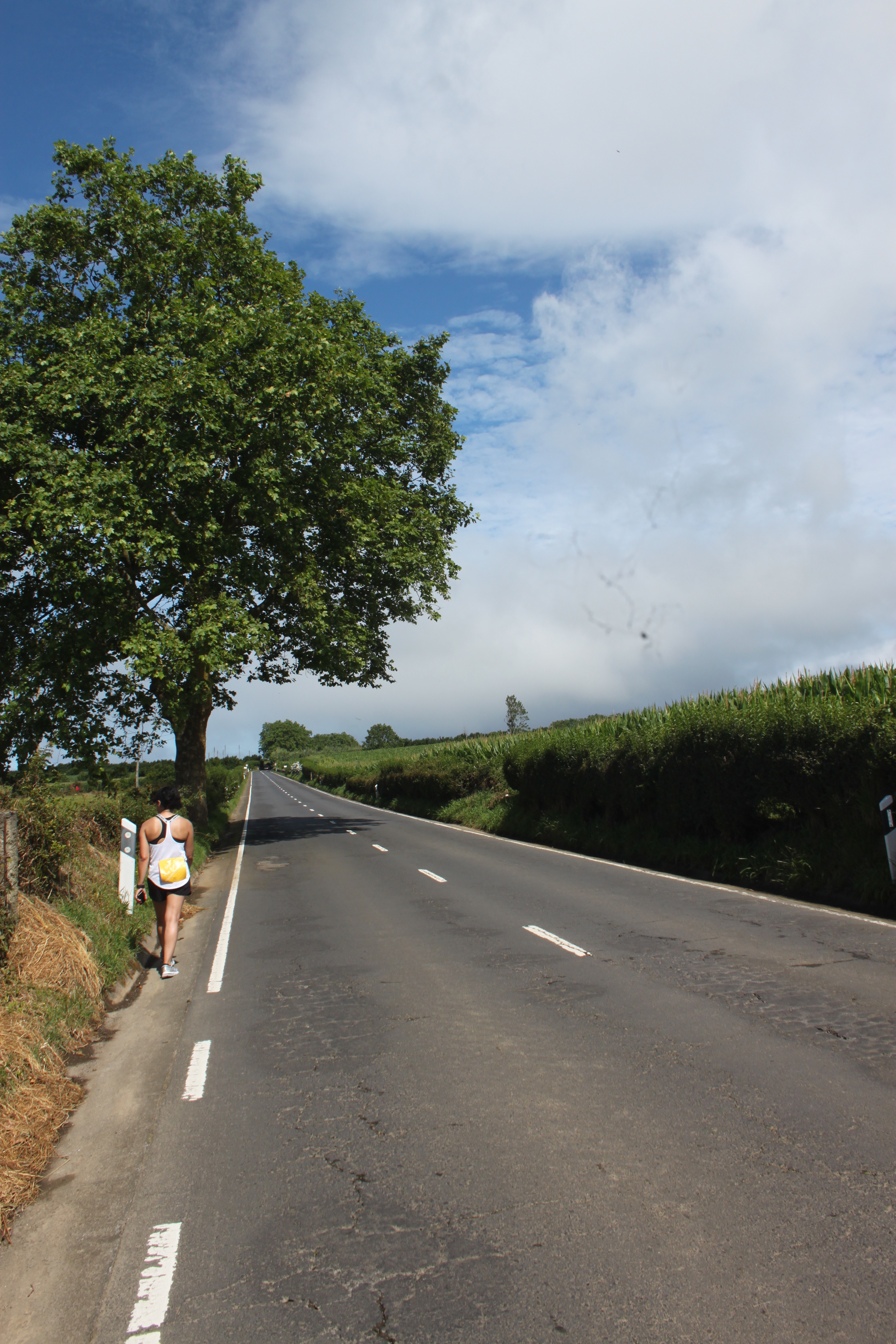 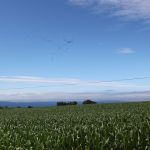 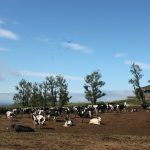 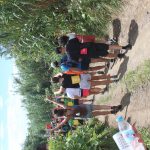 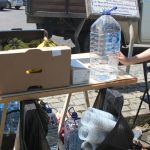 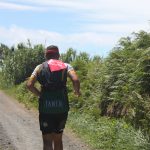 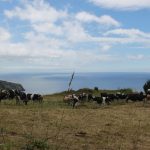 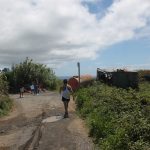 “Sem corrimão”: about the 10th edition of Walk & Talk marathon

We are running out of time – this was the title of the marathon created by “ilhas estúdio” for the 10th edition of Walk & Talk Arts Festival, which took place on the last day of the festival, July 24, 2021. In this marathon with 4 routes on the island of São Miguel (Portugal), ranging from 1.8 mi to 26 mi, the crowd of almost 300 participants, who could choose between running and walking, did not display the traditional dorsal view with identification and number, but printed messages related to the cause they wanted to give their voice to. From the protection of the oceans to the preservation of nature, from the defense of gender equality to the rejection of all discrimination, from motivational messages to political considerations, there were countless phrases – written on T-shirts and also painted on the asphalt – that covered the marathon in which dozens of activist associations participated, such as UMAR Açores, the São Miguel Island Deaf Association, the Ecological Association Amigos dos Açores, Pride Azores, A(MAR) Azores for Diversity, and many others.

“Oh, dear! Oh, dear! I shall be too late!”. The White Rabbit’s phrase from Alice in Wonderland could be another slogan of this collective race against time: but now, at this time, we are not late for a commitment to the Duchess, but for a process of social change that involves a relationship of greater empathy and an attitude of greater love, concerning alterity in its different forms, whether in relation to nature and its ecosystems, or to human groups and their diversity. In any case, the contemporaneity, affected by the figures of duration and urgency, would be more expressively illustrated by the chronometer that many of these athletes activated on their smartphones and smartwatches along the marathon, than by the watch carried by the white rabbit in the Lewis Carroll’s novel, which would refer, more directly, to the typical ideas of modernity: acceleration and progress. Today, moreover, the double meaning of the Portuguese word “tempo” (which also means time and weather) acquires an ironic relevance, evoking in the same word the urgency of the passing of time and the crisis of time that is the inevitable “climate crisis”.

Despite the sense of urgency, some participants preferred to walk rather than run: this was our case. On the tour we had chosen – the 4.3 mi path between the viewpoint of Vigia das Baleias das Feteiras and Sports Complex of Relva – we preferred to walk, first alone on the road that separates Ponta Delgada and Feteiras, and then together on the dirt path that separates the viewpoint of the sports complex. As Wanderlust – A History of Walking written by Rebecca Solnit or Marcher, une philosophie by the French philosopher Frédéric Gros show, as well as the dense network of papers and the complex web of references that entwine around the theme, there has always been a special affinity between walking and human thought in its various spheres of influence – art, literature, philosophy, politics. From the genius who walks alone, of which the 19th-century figure of the flâneur is one of the most obvious expressions, to the activist who marches collectively, it is certain that the history of travel, when viewed from an intersectional perspective, is not free of historical asymmetries. The list of personalities found in the works of Solnit and Gros, both of whom are distinguished, clearly shows the lines of privilege that connect them: Nietzsche, Rimbaud, Rousseau, Thoreau, Wordsworth, Kant, Proust, Hölderlin, Benjamin, Baudelaire, Gandhi…

We are running out of time, an initiative that defended intersectionality to look at the world, bringing together art, sport and citizenship, took precisely a critical perspective of such asymmetries by not only posting videos on its website about people who connected the practice of running to human rights, but also offering a dorsal that bore the number 261, the number of the athlete Kathrine Switzer, the first woman to run Boston Marathon in the late 1960s. Now, if we had to contribute in a similar spirit to the integrated history of the walking and thinking practices, we could certainly add to it new names and different episodes: the metaphor of the “slow walk of trees” of the American writer Toni Morrisson, the urban walks of the flâneuse Virginia Woolf, ubiquitous in works such as the novel Mrs. Dalloway and recently reconsidered by Lauren Elkin, the commentaries on the flânerie of the writer Nigerian-American Teju Cole in novels such as Cidade aberta and, although with a not so obvious relationship, the reflections of Hannah Arendt on the space of thought (from the first volume of the last and unfinished work A Vida do Espírito to the posthumous work Pensar sem corrimão).

The proposal of a “visual marathon” at Walk & Talk – Arts Festival with different routes around the island of São Miguel in the Azores, Portugal, not forgetting the insularity and archipelagic experience, also had the quality of contrasting the figures of mobility, connection, dispersion and complexity with the commonplace of a “simple geography”, the island as a simple “piece of land surrounded by water”, easily visible, graspable, manipulable and photographable (Stratford et al., 2011; Baldacchino, 2019). In our photographic tour, unaware that we were somewhere between Marey and Muybridge’s pioneering attempts to capture the movement of race and the tourist clichés of a paradise of hydrangeas and happy cows, surrounded on all sides by the sea, we sought, in any case, to intuitively follow the traces of complexity, the blurred contours and irregular lines that no longer fall on “the sea mingled with the sun”, the image of eternity for the poet Arthur Rimbaud, but on the confrontation of the sea with the earth, of nature with man, this time the image of urgency.