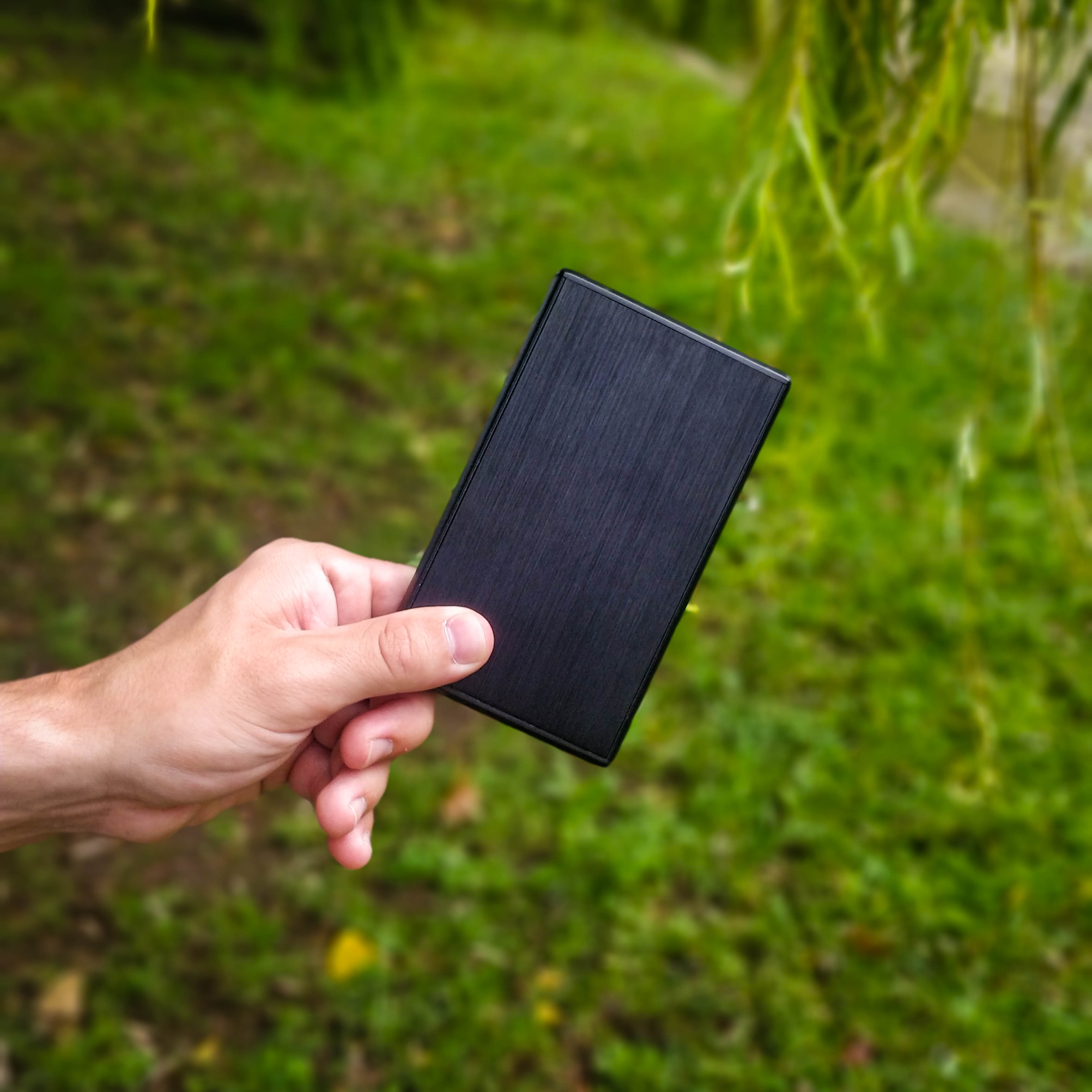 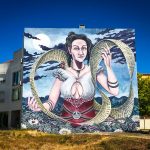 In a hyper-accelerated social context, where responsive action is in place and contemplative time flows through your fingers, allowing yourself to wander, walk, observe and imagine paintings of human life in the city becomes a symbolic act of resistance.

Resisting is still an art of the weak who, without a proper place, move between the borders of domination, with their micro-freedoms. This was the initial thought of a proposal that came up against accelerated real life.

Next, in a micro-essay with a narrative touch, inspired by Edgar Allan Poe’s in “The Man of the Crowd” (1996), notes came on another way to explore and (re)found the city territory completely. A union between Walter Benjamin’s flâneur and hobby / sport from Geocaching.

During certain days I opened room for imaginative life. It is supposed “to be able to see the event in a much clearer way: we see a number of very interesting, but irrelevant things, that in real life would not even reach our conscience, which is, in fact, entirely influenced by the appropriate reaction problem” (Fry, 2009, p. 61).

I adopted a contemplative look as a work tool. I adjusted the vision lenses to be able to see that particular beauty of the circumstance, of the custom. I adapted a new me, “a self-insatiable of non-self” (Baudelaire, 2006, p. 857), lover of life, always unstable and fleeting.

That’s when I decided to walk without a clear objective, only guided by an attitude: that of pure curiosity abstracted from necessity. It was a hot summer afternoon in Vila Nova da Barquinha. Another day in that place that was already familiar to me. A kind of suffocating wind announced that the night was approaching. Few people on the street, all of them with the same common appearance, went on their way. Routine and daily life appeared there, naked and raw, without color, without form, without any meaning. “I was occupied in scrutinizing the mob” (Poe, 1996, p. 392).

Across the street, through trees that, at war with the local climate, persisted in remaining lush in their green, a young man appeared. Enigmatic in appearance, with eyes that revealed nothing, he seemed to be looking for something or someone. Of medium height, weathered skin and sportswear, he was inspecting the ground as a surgeon would. My observation at that moment changed. What is so interesting about the place that supports the feet of humanity? Without leaving any logical explanation, the man went on walking.

“Then came a craving desire to keep the man in view – to know more of him” (Poe, 1996, p. 392-393). I made my steps follow the stranger through the city streets. I didn’t care. This was the opportunity to do a thorough examination of the curious figure who had crossed my path. However, it was not necessary to walk a lot. After a few minutes, it seemed that the young man’s destiny had arrived. I turned my eyes to where he was looking and I had the first surprise: the Hall of Fame of the urban artist Violant (image 01). Going down to the details, I noticed that after dedicating time to observe the mural, the man’s attention was turned to an abandoned place. With the help of a small object, the young man seemed to be looking for something that could be big or small, given that his gaze was more lost at that moment than mine.

After a while, the man seemed to have found something, a kind of very small box. He took a pen out of his pocket, wrote something that took no more than thirty seconds of time, and started walking again.

Vila Nova da Barquinha, Santarém, inaugurated the ArTejo project in 2019, according to information from the City Council. Developed in partnership with the EDP Foundation, the initiative has 11 interventions carried out by the artists Vhils, Manuel João Vieira, Violant and Carlos Vicente. ArTejo was conceived with the objective of “democratizing access to art and allowing the population to be involved in new cultural experiences”. Other interventions that can be seen are those of image 02 and 03.

I followed. And his steps took us to another Hall of Fame. “The stranger paused, and, for a moment, seemed lost in thought; then, with every mark of agitation, pursued rapidly a route which brought us to the verge of the city” (Poe, 1996, p. 395). It was then that I noticed how the Barquinha territory had been explored in a unique way and with the help of a single object. I asked myself: is he a man who was there for street art and his device guided him only and exclusively to that cultural tour? Would it be unnecessary to follow him? Would I know nothing more about that man? I was suddenly able to identify the last object he found. A box of size 15cmx10cm, apparently made of metal with a magnet that he kept after a few minutes and a note taking. The man left. His course seemed to have come to an end. Not mine.

I approached the place and looked for the box. Cold. Metal. The fascination that the man had awakened in me was now replaced by a box attached to a statue on the street. What a wonderful place! Was that Pandora’s Box? Would I find the hope of understanding life by opening that unknown box?

I took a risk, in a mix of curiosity and fascination. Inside the box were records, numbers and codes. Where was the hope? I sat on the grass. I spent time contemplating that end of day at Barquinha. The suffocating air had mutated. It was cold.

The box mentioned during the narrative made from the field notes is part of an outdoor sport called Geocaching. A type of contemporary treasure hunt,  its main objective is to show new places in the territory in a different way (urban or not) and to discover small invisibilities of the daily life that generally nobody notices. Wouldn’t that be a way of reterritorialization?

The initiative’s proposal, created in the year 2000, completes the idea of wandering around a territory for the simple pleasure completely detached from a need that imposes time, limit or appropriate (re) action. The hobby fits the idea of the flâneur, the pleasure of being on the street, of living the crowd and curiously observing the smallest details of the world around. Invisibilities. Those details that do not jump into the eyes of the majority who, immersed in active life, do not have time.

Anywhere there can be a cache (image 04), a box. For this, three fundamental items are needed: i) have the app on a mobile phone; ii) desire to be on the street; iii) a close look at the details.

The clues to find a cache guide the user through the territory. The city as a language in perpetual change has its points interconnected. There are caches that, like this one from the narrative by Vila Nova da Barquinha, interconnect street art and reveal a little more about the murals, the artists and the idea of graffiti. Others can take the geocacher through different places, to reveal a hidden space of the city or a beautiful landscape.

Moving around the territory is inherent to the living condition of its inhabitants. Connecting fragments and giving a unique and new meaning to the city can be understood from a small adaptation of the idea of deterritorialization and reterritorialization contained in Deleuze and Guattari (1997).

In an increasingly accelerated world, poor in meaning (Han, 2016), but safe and familiar, it would not be a symbolic act of resistance to deterritorialize (at the narrative level) the space in which we are inserted to territorialize it again, from new looks and new experiences full of meaning?

Regardless of the action, the “Pandora’s Box” makes it possible to (re)elaborate a narrative of hope: that of carrying out a thought exercise throughout the urban territory with the help of a hobby and, thus, creating new meanings, founding new spaces. Deterritorialize to reterritorialize. As the flâneur would do.