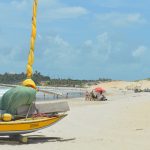 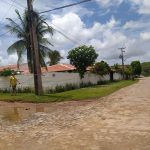 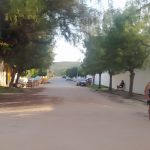 Revelry visions 1 – Praia do Presídio, 2022: a Carnival that is not consumed

The beaches of Ceará (BR) during Carnival are generally taken over by masses of revellers fleeing Fortaleza, the capital, for four days of partying. It is a model of revelry that fills the eyes of those who advocate the awakening of Dionysus in street parties: alcoholic beverages in large volume, loud music everywhere, crowds in the streets dedicated to the “glory of the collectivity” (Caillois, quoted by Amaral, 1998, p. 38), in a chaotic and disorderly celebration whose theme seems to be collective extravasation itself. A Carnival impulse that prepares the revellers for, as the slogan says, the beginning of a year of routines, obligations and privations: “the year only begins after Carnival”.

Although the rate of occupation of inland beaches during this season has slowed over the last decade – as other destinations began to emerge and Fortaleza’s street Carnival took shape – they  still are highly disputed spaces.

On the neighbouring beaches of Presidio and Iguape, 257 km from Fortaleza, a few years ago, accommodation had to be booked in advance for the party period. The beach houses are usually rented by groups of friends and family. The street was crowded with loudspeakers, revellers in bathing suits and covered in cornstarch – or worse, mud and rotten eggs – the cars, the cooler boxes of the groups that reserved a piece of the square or the pavement as their base for revelry, the many tents and street vendors selling drinks and food. Inside the walls of the houses, micro parties seemed to take place in parallel almost all day long.

From the beach to the street, from the street to the house. And, at some point, one would land in the bedroom for a recharge of energy. A short period of sleep, shower and change of clothes.

Last 27th and 28th February 2022, Carnival Sunday and Monday, I took a walk through the streets of both beaches. The intention was to produce a sound-visual essay to be published in the Passeio platform. What to say of Carnival in this third year of the pandemic, when it is no longer known to what extent we can party or remain reclusive? A law from the district government prohibited public festivities during the period, while much speculation was made about whether the order would be obeyed.

I retraced by car and on foot some of the paths where the revellers used to gather, starting from the Presídio towards Iguape. About the Carnival, one could see and hear only the echo. It was present, distant, interspersed between long spaces of silence. It came from inside the houses and no longer from the walls in the street.

The revellers were also there, but they no longer blocked the streets, nor did they make a noise on the pavements. They were sparse figures, with their colourful hats, sequins, some with mud on their faces and others with the T-shirts of Carnival blocks in honour of boredom, with names like “Já tô bêbado [I’m already drunk]” or “Cachaça amuada [Sulk cachaça]”. At the gates of some houses, small groups of friends and family were gathered, drinking, barbecuing, listening to music on their own stereos, and having fun. At the small neighbourhood market, the revellers were there to replenish their stocks.

The decoration was festive. It was party time. It was a time for excess, with drunkenness and plenty of food, for forgetting the routine of work, for listening to loud music, for being together. But the feeling was that it was time off, it was time to rest and it to conviviality. But it didn’t feel like the party.

On the way to the beach, I came to see a group of young people dancing and making love to each other at the foot of a sound system. The funk music competed with other genres, like forró and sertanejo, coming from the speakers spread in small groups along the shore. It was late afternoon. Music and drink shared space with football and children’s games.

On Monday morning, the city was even emptier than on Sunday. Apart from the groups that occupied the waterfront, a few people drank in the bars, as happens in any countryside at any time. In the afternoon, the houses opened their doors again, the music, drinks and carnival colours were back. Even faces bathed in mud and starch appeared, gathered on the pavements in front of the gates of houses.

To what extent was the party present? Durkheim, when comparing the party with religious ceremony, spoke of the effervescence that was aroused, the rites and stimuli to a state of ecstasy and enjoyment that materializes in “shouts, songs, music, violent movements, dances, search for stimulants that raise the vital level” (Durkheim, 1912/1996, p. 418). People were distracted from their activities and worries. The theme of the party was there, the music, the relaxation, even the aesthetic elements, with the clothes and breaded faces.

The carnival, however, shied away from the street. In each house there was a micro carnival. They seemed caught between the will to subvert the official order, that this year there would be no party, and the need to maintain a distance – to which we got used to in the pandemic. Even on the sand of the beach, there where various groups gathered, but they didn’t touch each other. They didn’t even shared the same music.

Something essential for the party was missing. The social, the common, the public sharing of the festive moment. It lacked the crowd transmuted into a single glass, or into several bodies that touch and feel each other, love each other or violently repel each other. The party rehearsed its steps, tried to rise, but could not establish its own order, alien to daily life. It ran into the isolation of small groups.