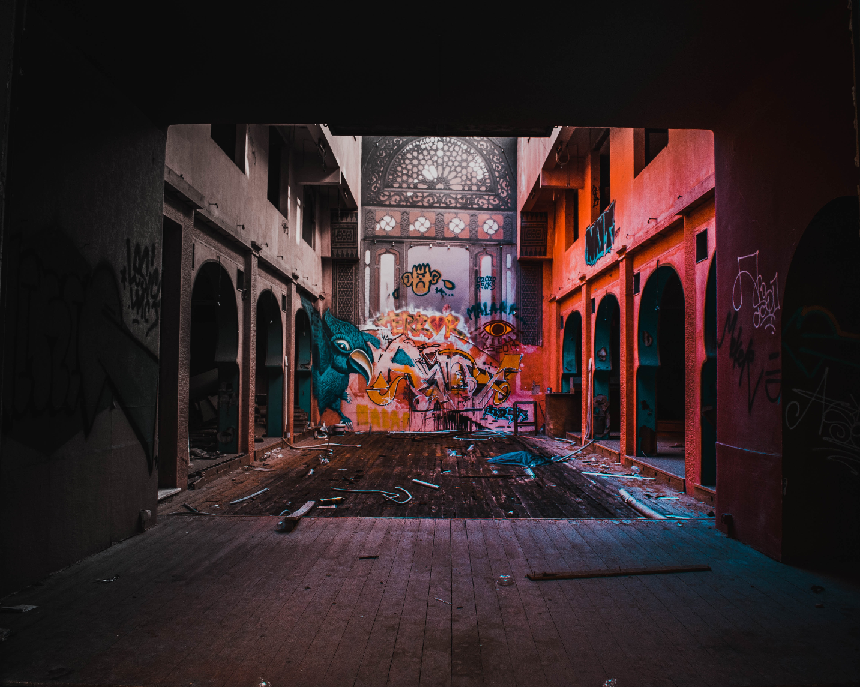 The act of existing (and resisting) through images

As we walk through the cities, we are faced with a fact: the presence of printed, painted, sculpted visual manifestations everywhere (image 01). The lived city, or rather … the city as an inhabited (Pires, 2018) is the place where human society acquires meaning. Among signs and symbols, historical subjects manifest their immensity and inscribe, with their different voices, appeals and experiences in space / time.

A place of discursive and ideological maintenance, of political importance in thought and practice (Lefebvre, 2008), the city space is the stage for individual/collective expressions of everyday (in) visibilities. And what will be the ways chosen to claim a space for each individual life? Could the street be the space chosen by the subjects as a place to manifest? Regarding the second question, History is crystal clear and says yes.

And what about the first question? How to respond?

There are authors, like Roger Fry in An Essay on Aesthetics (2009), who defend art linked to imaginative life, a means by which the human being is able to transgress the conditioning of the “real” life, of the objective world, of what is necessary for survival. In this way, when mixing “proficuous questions” and “aesthetics” into a conversation, the “real” discourses are renewed and there is, then, the possibility of new scenarios of visibility, “imaginative” claim and insertion in the public sphere (image 02).

Street art, when manifested through various interventions, performances, graffiti, theater, among others, has a great prominence in visual arts. In a civilization centered on visuality, images gain prominence as cultural goods with worldwide circulation (Campos, 2012).

This intersection between urban art and visuality results in expressions of appropriation of the urban space, whether with illegal labels, in which writers seek to inscribe their brand in the city from the desire to be seen (image 03), from semi-legal murals (Hall of Fame) (image 04) or allowed (and sometimes financed) graffiti (image 05). In this way, urban art (through graffiti) is understood as one of the facets of contemporary life. Escaping the traditional aesthetic pattern exhibited in closed spaces, street art, using a popular visual language and the city as a medium, communicates and dialogues with the population.

It is worth mentioning, however, that not all urban art is intrinsic and necessarily subversive. Many times it can even reinforce normativity – an issue that deserves attention from the academic side. However, there is a politically engaged urban artistic manifestation (image 06), as an exercise in citizenship, challenging the dominant / hegemonic narratives. These works can be considered artivism, a neologism introduced in the 1960s and reintroduced in the 1990s, which seeks to associate two wor(l)ds: activism and arts. Not all activist work will be an urban art, just as the opposite does not happen. The interesting thing is that all activist urban art is located “within a social relationship in which the recognition of the “Other” is fundamental and also promotes criticism of the conditions that produce contemporaneity” (Vilar, 2019, p. 2).

Activist urban art, as a vehicle for this process of claiming the gaze, inspires people to think of new alternatives to old problems. This visual activism, as Mirzoeff (2015) says, is the result of an interaction between images and actions to make changes. The (small) changes can reside in everyday life. Seeing a new image is a change in the landscape. But it can also cause a (huge) change in thinking. What do we never think and only occur to us when we see an image? We leave here this proposal for reflection.

In the dispute for meaning, activist urban art contributes to different possibilities of seeing and being seen, of looking at the Other, at the world, at what is seen but never perceived. It means an act of existing (and resisting) through images.

We end with the words of Mirzoeff (2015, p. 290): “Revolutions are about vision. A revolution of vision, of purpose, perhaps of hope”.