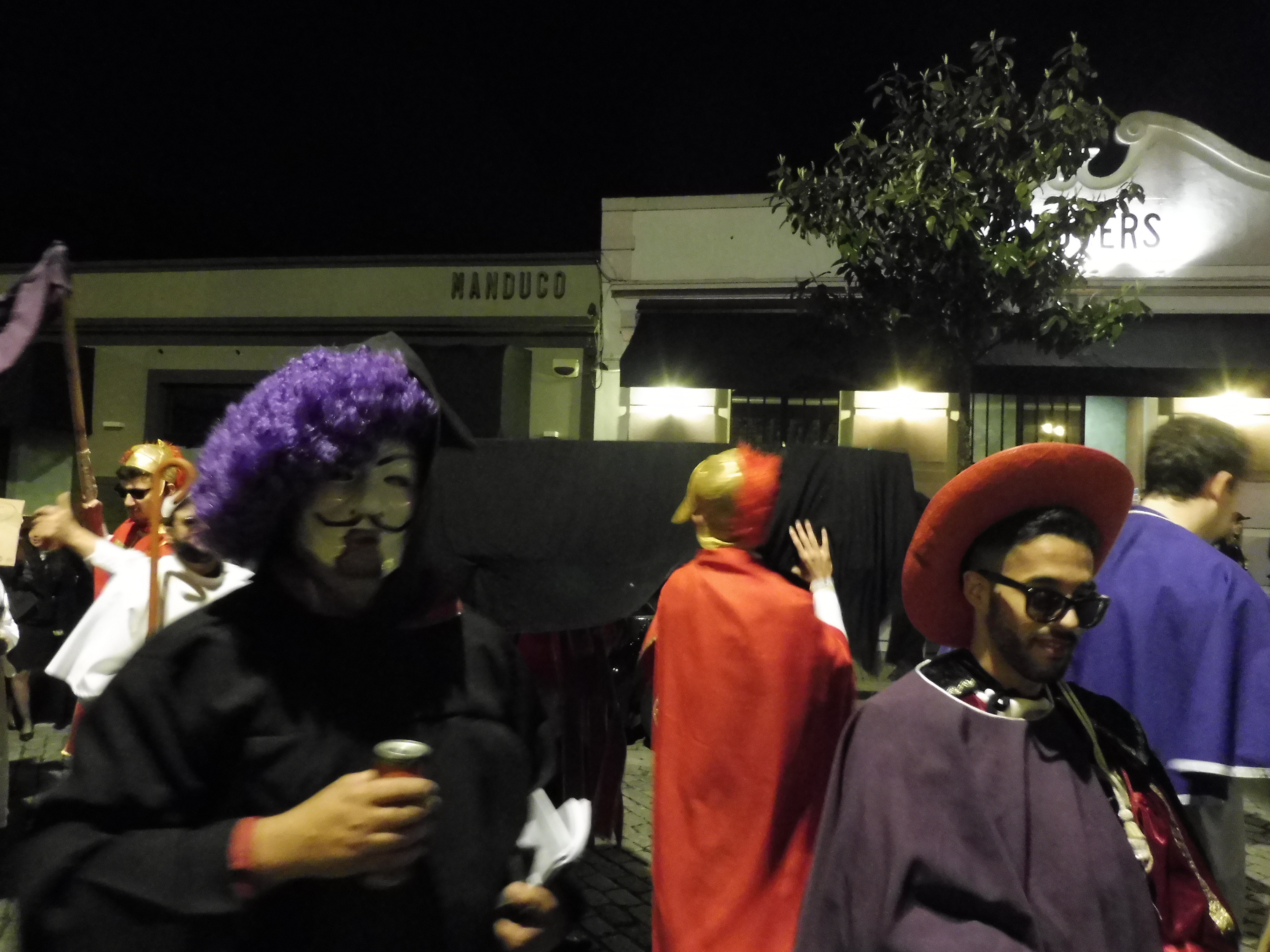 The cat dies, the satirical undergraduates go out to the streets

Under the black and the sober formality of the togas – which spreads into the night, from the Train Station of Braga to Largo do Paço, in the Historical Center – a chaotic, colorful and inebriated procession erupts. They are bishops, priests and an escort of Roman soldiers who, in the last convoy on the night of May 11, are received at the station by a musical fanfare and hundreds of undergraduate students. They bring with them a black coffin where the figure who motivated such a commotion is supposed to rest for eternity: the deceased cat – a symbol of the reprobation. They celebrate it’s the death with ironic prayers and lamentations.

The Funeral of the Cat (Velório da Gata) is part of the festivities of the Burial of the Cat, held in 2018 from 11 to 18 May. It is part of the college students celebration week in Braga. The Passeio participated this year of two moments of this celebration: the Funeral, described above, and the Academic Court, which took place in the streets of the Historical Center of the city in the afternoon of May 16.