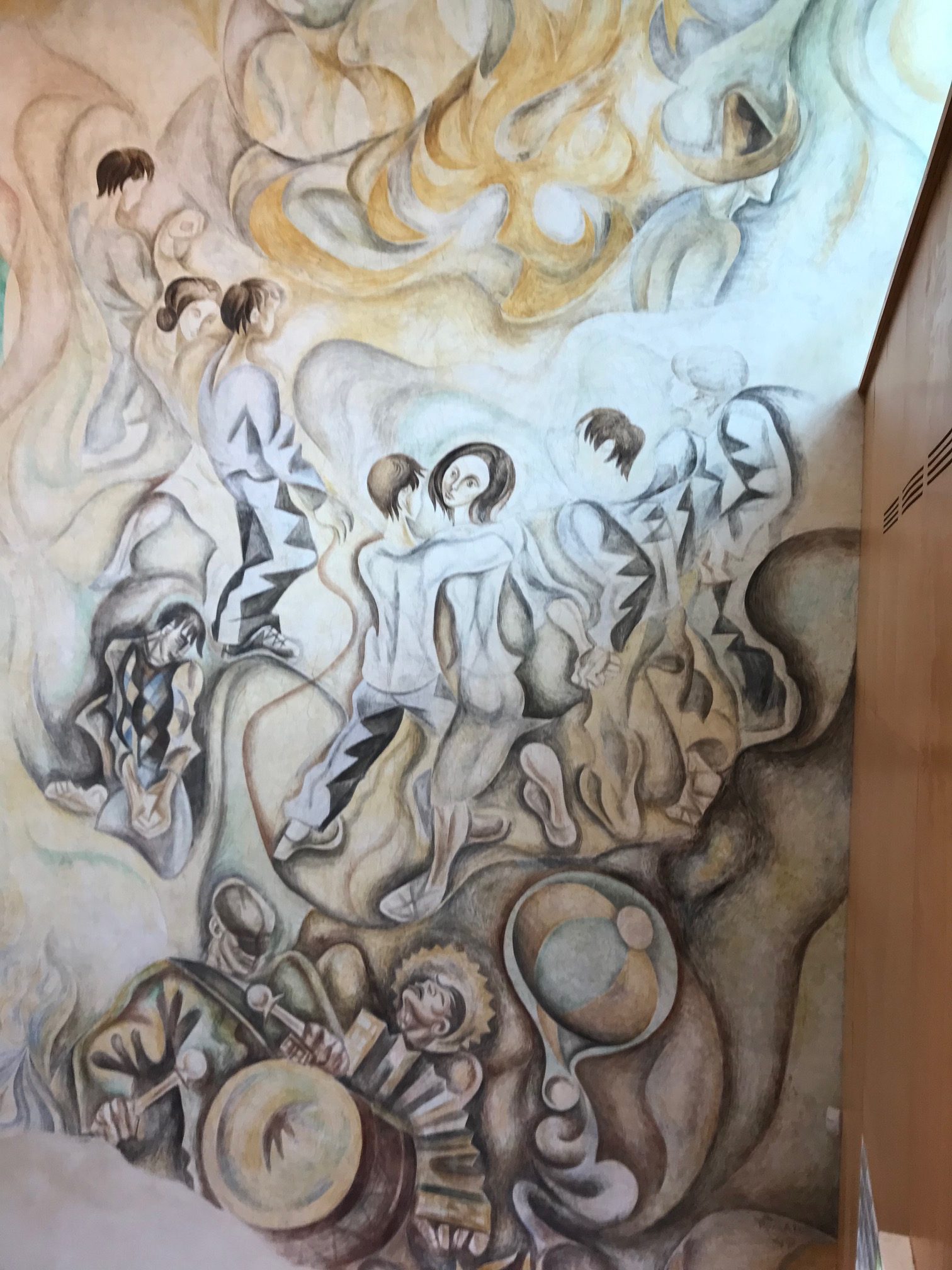 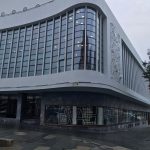 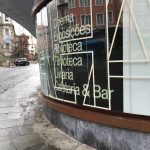 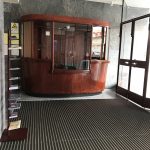 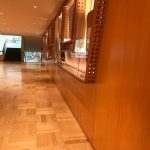 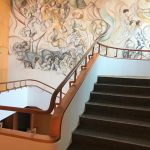 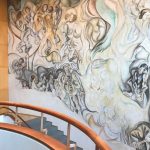 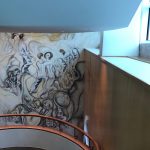 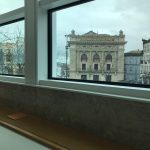 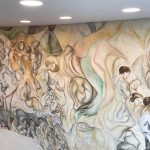 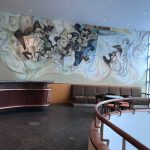 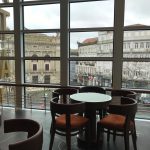 Cinema Batalha, in Porto, was reinaugurated in December 2022, positioning itself as a landmark for the cinema-going public in the city. Much of the media coverage surrounding the reopening of Batalha Cinema Centre (as it has now been renamed) was based on the recovery of Júlio Pomar’s paintings (alluding to the festivities of S. João), which were thought to be permanently missing, after the Salazar censorship (which had them covered up in 1948) and a supposed intervention, already in the 21st century, that would have destroyed them. What we propose in this micro-essay is, based on Foucauldian principles (inversion, discontinuity, specificity, and exteriority), to discuss the way these paintings were banned by the institutional discourse (the Estado Novo) and recovered by the same source of discursive power, that is, by the legitimating force of the municipal discourse, which represents, at the local level, the State.

Let us focus for a moment on the words of Michel Foucault in The Order of Discourse: “To question our will to truth; to restore to discourse its character as an event; to suspend, finally, the sovereignty of the signifier” (1971-1999, p. 51). Therefore, we shall dedicate ourselves to challenging our own foundational presuppositions, embedded in the culture of the time in which we live. Not to depreciate or to deny what is fundamental and defensible in them, but, in an exercise of conceptual abstraction, to create distance in relation to daily life, which we commonly refer to as “the froth of days”. By questioning our will for truth, we can understand how safe and expectable it is to join in the justified applause for the exciting discovery of Júlio Pomar’s paintings, as well as their praiseworthy recovery. If we dare, like Foucault, to restore to the discourse its character as an event, perhaps we will understand the contingencies (or the constraints) that made it appear, in a specific form, excluding other possibilities of existence, which remain in the twilight of time. Suspending the supremacy of the signifier, we do not value so much the content conveyed as the circumstances that made it possible. This means, in simple terms, that there is an almost ironic coincidence in the discursive origin that annulled Júlio Pomar and the one that gave him life, and we only understand this with the help of the methodology proposed by Foucault.

What Michel Foucault proposes to us with the principle of inversion is the recognition of the “negative play of a clipping and a rarefaction of discourse” (1971-1999, p. 52). What is said about the discovery and recovery of Júlio Pomar’s paintings rests almost organically on our natural tendency towards continuity and truth-seeking in a discourse. In 2022, words like resistance and “freedom” (Vieira, 2022) were used to classify the incredible discovery. But, already in 2017, the City Council, in a meeting of the Municipal Assembly, made pomp of an invitation addressed to the artist, to remake the murals, which occupy part of the main foyer of the building and another wall next to the cinema balcony (2017). What is left unsaid in the 2017 institutional communication? The Portuguese Communist Party in a meeting of the Municipal Assembly, asks why the council chose to rent and not buy the building. Five years after the reconstitution proposal made to Júlio Pomar and 10 thousand euros per month then paid to the owners (in a contract of 25 years and 3 million euros), the incalculable symbolic value of the discovery fixes a sense of justice and restoration of memory that makes any cost insignificant. Above all for the democratic correction of a past political error.

From the previous statement, one cannot, however, fall into the temptation of believing that the discourse of rarefaction hides a consciously repressed unsaid. Foucault argues for discontinuity as inherent in discourse, including and excluding (or even ignoring) elements, which are no more than possible probabilistic combinations. For example, one of the architects responsible for the reconversion of Batalha (Alexandre Alves Costa) places the “emotional intensity” (Andrade, 2022) of discovery at the head of all the work done in the space. The discontinuity in the discourse materializes in the hierarchization that we impose on things. In the case, of the architect with technical skills to restore a building, emotion overlapped the trace, which proves that discursive discontinuities feed on and are absorbed by the warp of social, cultural, and personal relations. A house is not only sustained by its foundations, although it is conceptually stimulating to strip it of its temporal accessories in order to observe the hollow that constitutes it. So is discourse.

Foucault warns us that there is no reading to be deciphered in the discourses we consume. Only, and only, “a violence we do to things” (1971-1999, p. 53), since we select, among so many possibilities, to utter in our discourse one version, integrating it into everyday practice and institutionalized as the correct one.  In this sense, the “unique opportunity to rescue the lost memory of Cinema Batalha” (Cruz, 2017) was one of many open hypotheses, as was the option of covering up the paintings, considered subversive. And, here, it is very difficult not to extrapolate to the conclusion that the discourse produces effects. It is action. The violence that incorporates it and that results from it will never be innocent. That is why it is necessary, through these principles, to seek the genealogy that forms it, or rather, to map it.

From here we move on to the last of the principles, which concerns exteriority in discourse, contrasting with another truth we incessantly seek, which is the interiority of the discourses we produce. When referring to exteriority, Foucault alludes to “that which gives rise to the random series of these events and fixes their boundaries” (1971-1999, p. 53). The boundaries of what can or cannot be said. Constraints (more obvious or more discrete, censorial or just random) underlie any kind of discourse, including a work of art, whose final configuration is always the result of an endless number of exclusions.

One (among many) conclusions

On the day I am writing, 11 January 2023, in a Portugal that is still democratic and living in the 21st century, the conditions of possibility for the discourse on Pomar’s frescoes are those that have been and continue to be marked by institutional discourse, i.e. the Porto City Council, essentially through its president, Rui Moreira. Nevertheless, seven decades ago, the systems of exclusion typical of a dictatorial regime, in a closed and impoverished society, dictated other forms of truth and justice, which were mostly accepted and institutionally marked out, if only by what was not allowed to be said or done.

What seems interesting in the foucauldian perspective is that, even if it complexifies or adds other unyielding aspects to the principles enunciated, the basic premises on which it is based are hardly permeable to refutation, nor do they empty by themselves our legitimate desire for continuity and truth. They only make us understand time and memory more clearly, clearing them of the granularity that characterizes them.