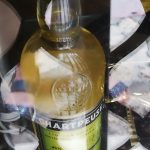 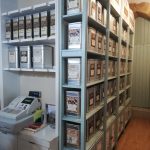 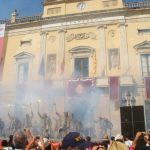 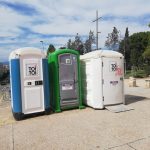 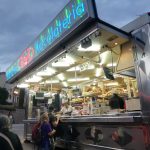 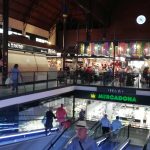 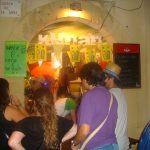 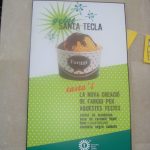 Smells and tastes while walking in the cities

A decade ago I left a little piece of myself in Catalonia, and certainly brought back in my soul many stimuli from its culture. Taking a walk along its ramblas is always a mnemonic game that stimulates the senses. The images charged with the peculiar colours of the Mediterranean vibrate to the eyes, but there are other stimuli that manifest themselves when we wander and that we do not always notice. In this case I am referring to the sense of smell, and in paying attention to this sense we also treat the sense of taste, as both are physiologically connected.

More than a decade ago this magical combination was awakened in my condition as a researcher, when I was living in Tarragona and was developing an Urban Anthropology exercise. It made me more aware of the smells of the cities, as so I have started an exercise to perceive them from the perspective of food. Compared to the visual appeals — we live in mediatized contemporaneity, when we watch images devouring individuals in a process of iconophagy (Baitelo, 2014) —, the sense of smell seems to be a minor asset. However, we are dealing with a complex, unpredictable sense, the most evolutionarily primitive, and which is tied to the singular life stories of each individual (Lauretti, 2017). Smells are beyond the (un)pleasant sprays of perfumes, the sense of smell being too complex in the face of its inherent and innumerable connections. The way they link to the insular cortex, the main region of the cerebral cortex related to feelings, also contributes to the arouse of emotions (Damasio, 2010). Located in the periphery of the body, the nostrils interact with the brain and present themselves as a receptor of the environment through which we circulate. With this, it can be inferred that they share — and even command — our walking in the cities.

Discovering the smells in a city is a stimulating exercise, and this dynamic is amplified when we add to them their potential flavours. With this, we touch the traps of memory (Ferreira, 2003), that is, we trigger our mnemonic registers, fragmented, that play between remembering and forgetting. We also provoke, in this scope, the capture of images! Let’s think, for example, of eating a crèpe in the streets of Paris, but adding it to a scene with the smell of mud, as it was exhaled in the French capital in the 17th century. According to Elias (1989), it was detestable and could not be bearable. More realistically, it is worth relating a restaurant that keeps a sewer with the smell of sewage at its door. It doesn’t sound good!

Burke (2004) discusses his opinion regarding putrid smells in the face of the contemporary hygienization paradigm, linked to a civilizational advance and to an exercise of tolerance and olfactory impoverishment. The historian shies away from linking food to the discussion, yet the marketing teams of the large multinational chains demonstrate that they are attuned to this tune. The smells of the greasy fries from McDonalds or the oregano from Subway franchise stores are some examples of this relationship of smell and its summons to the palate that has been explored in different spaces in the cities. These peculiar strategies alert, entice, and summon consumers to move their wallets. In turn, they indicate a standardization of olfactory patterns on a global level, as well as the asepsis linked to the smells that are conferred in the cities. Upon returning to Tarragona, for example, I noticed two heresies related to the installation of the recently restored municipal market: a store of the Mercadona supermarket occupying the first floor of the building; and the absence of smells in the upper environment, in front of a glittering space in which hygienic standards are attested. This maxim corrupts the iconicity of municipal markets, which reserve environments that host the food of the local culture, loaded with stories and symbolic representations. However, to avoid scaring away tourists, they are adequate by sanitary measures, being sanitized with the purpose of avoiding possible odours and pests (Roim, 2016). With this, the very smells related to these environments are inhibited.

This frustrating scenario was compensated by a visit to a tea house, one of the objects I once dedicated myself to exploring in the anthropological onslaught around Tarragona. Located in the upper part of the city, close to the famous Cathedral, it was like a balsam to see that the store was still there, even though I was told by its owner, the Argentinian Montse, that after two decades, the space is about to close. However, I still had the opportunity to once again immerse myself in the aromas that mingle in that environment, which holds a complex combination of fragrances from the agglutination of the smells that waft from each can that is opened. And as Montse says, in each one there is a real world. Indeed, it is a universe that baffles the brain from the nostrils. When boiled, they slip and explode the taste buds, bringing back memories with repertoires that include Tarragona, as well as the evocation of various elements that make up the intoxicating flavours with each sip.

One of the opened cans exuded a distinctive aroma. It was a peculiar combination, reminiscent of Chartreuse liqueur, the drink that waters the different taste proposals promoted during the days of celebration of the feast of Santa Tecla, which takes place that week in the city. After two long years of pandemic, the wandering around the city indicated that the festivities were taking over the streets. The parades, rhythmic with the beating of drums, announced the arrival of the different characters to the event, who let off huge fireworks that lit up the streets, amidst the smoke and the smell of gunpowder that covered them. Other characteristic smells of the popular festivals were also felt, such as the odour of urinals, displayed in various corners of the city, as well as the aromas of churros, a characteristic delicacy of the Iberian culture that is present in moments of celebration.

The loss of smell gained visibility in the period of the pandemic linked to COVID-19, as it was included in the repertoire linked to the symptoms of the disease. However, little was said about taste, or perhaps about the relationship between the two. But it is pertinent to claim this theme in the light of culture, for there is much to be explored about the potentialities of the physiology of taste (Savarin, 1995). There are already curator works in museums that advance on experiences to deal with this theme. We can also see artistic expressions that stimulate the public to perceive the sense of smell in the circuits of cities (Khoury, 2022). But this movement is still shy, and advancing on this dynamic can be a contribution to sensitize the bodies to (re)capture the senses of smell and its connections with the papillae, daring and perceiving its immense possibilities when walking through cities.

Damásio, A. (2010). A construção do cérebro consciente. Temas e Debates.