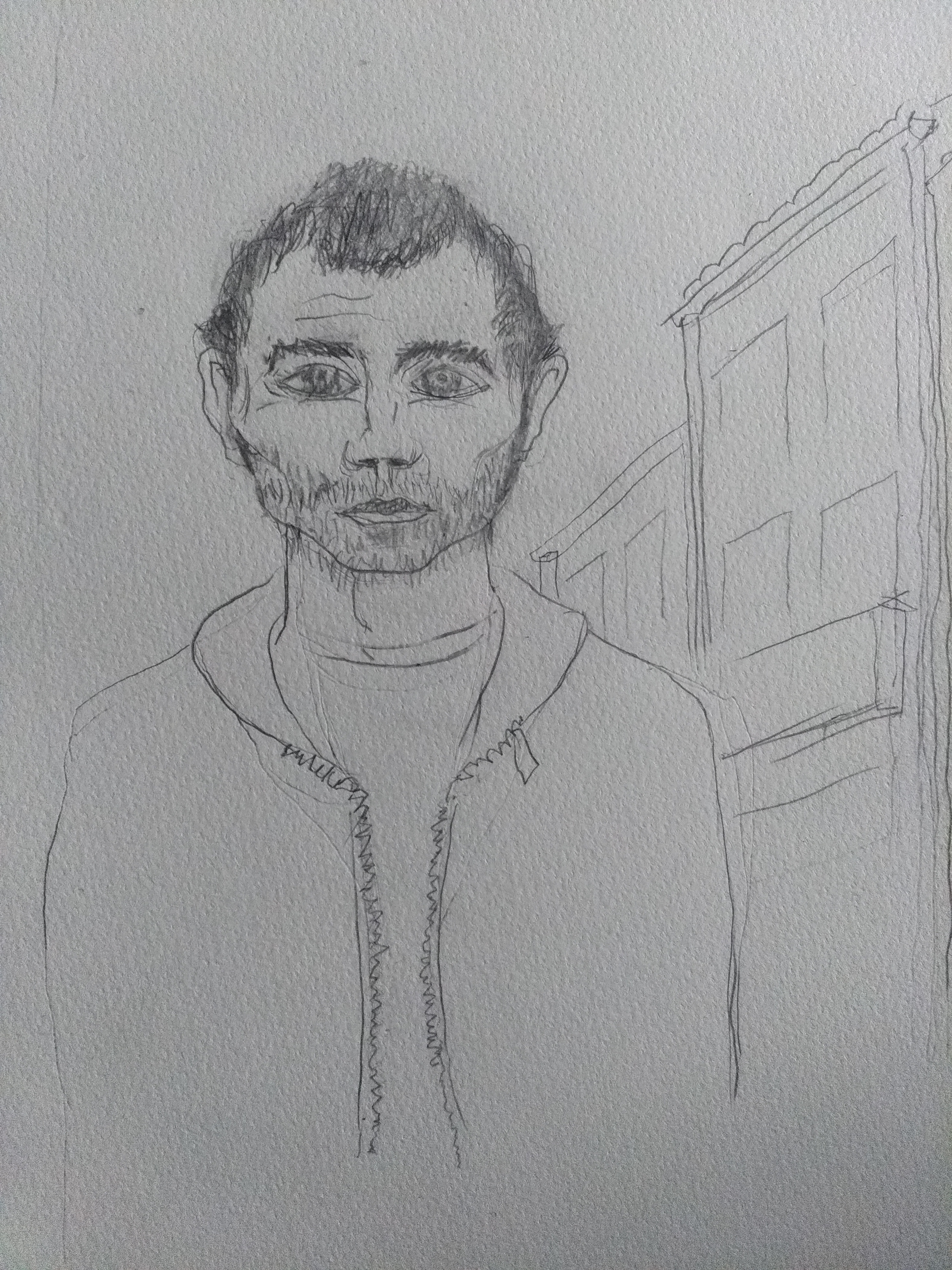 São Marcos´ street is my home

You will inhabit many houses! In the childhood? Especially in childhood. And at another age, too. Places that will challenge your memory on the day you visit them. If you ever visit them (…) Go! Tell me; do not leave me in this anguish of judging that only I have enjoyed the houses that I inhabited. But not describe it on the outside that, on the outside, anyone understands them. (Graça Dias, 1991, p. 10)

There he spent long afternoons in his childhood, taken by his father’s hand, a frequent visitor to one of the three taverns that they then housed, dotted with wine bowls and unforgettable delicacies, the conversations dragged between friends and old acquaintances. The Favorita is the only one left from those times, now converted into a bakery where the patties or codfish balls are still hot at the right time. Bertinho, it can be said, besides the street, he has no other home. There he earns his livelihood and wins the day’s journey, doing all kinds of errands. From small jobs at Pomar da Mariazinha, now managed by Mr. João and Mrs. Lena (with whom he went to school), or at the bicycle shop, to the post office to take correspondence or pick up parcels, Bertinho always shows up willing to lend a hand to the many chores that animate street commerce. Mrs. C., manager of LibKids, says that Bertinho is often the one who is worth it when it is necessary to make deposits at the Bank: “I trust him, even if only to deliver more than seven hundred euros. He always brings me the receipt and so I have no need to go without lunch, which would certainly pass in the endless waiting lines”.

Bertinho finds his shelter in São Marcos’ street, the nest of his memories. It is there that they know him by name, it is there that the day begins and ends, circling up and down, greeting this and that, sometimes appearing, sometimes slipping out of sight. In the deepest anthropological sense, it can be said that the street is his home. Bachelard’s words are, in this sense, particularly timely:

“Every truly inhabited space brings the essence of the notion of home (…) [being sheltered] The house lives in its reality and in its virtuality, through thought and dreams”. (Bachelard, 1993, p. 200)

In the afternoons spent on the terrace, accompanied by a beer and two fingers of conversation, Bertinho fulfills the most unlikely desires, enjoying each day with a leisurely and apparent tranquility that are very characteristic of him. His condition of being homeless is denied by the surprising assertiveness with which he arrives and shakes, giving the impression of blind obedience to a meticulous routine related to a given neg-otium, synchronized with the awakening of the bustle of the street. Observing the shuttle that wakes and sleeps S. Marcos’ street, we can travel to Ruttmann’s Berlin, Symphony of a Capital, where we can see some scenes showing the dawn of the city, around 1927, the contrast between the voids and the crowds of the avenues, the melancholy alternation between night and day.

Bertinho is filled with longing when he remembers the people and the movements on the street of other times. “People were different, at that time people of all kinds crossed the street every day, especially from the countryside and the surrounding area, on their way to the Hospital of S. Marcos. There was a lot of excitement. At that time, I even begged at the door of the church…” (Fragment from an interview held at Favorita, on March 14, 2020). “The fruit business was very resentful”, they had been told at Pomar os Mariazinha, “… at that time, a lot of bananas were bought to take to the sick on visits to the Hospital. This is all over”. In the collective memory of the oldest inhabitants and traders on the street, in cross-talk and passing, there is still talk of the old Bananeiro, exclusively dedicated to the sale of bananas. “It seems that there are those who still have the portrait in photography”, they say. More distant memories recall the old dairy, which at dawn distributed the jugs in the city, through the doors of the houses. Proust, in Searching for the Lost Time, could at the time have found inspiration on S. Marcos’ street, considering the following passage: “at night, before each door, an empty and dirty milk carton was prepared on top of the doormat, on the magnificent and scorned staircase that Swann was climbing at that moment, on one side and the other, at different heights, in front of each one openings in the wall …” (Proust, 2003, p. 340).

The piano house, the upholsterer, the shoemaker, the carvers, the car workshop, the tin shop, the basket weavers, the central careers station in Minho with the passage to the current «Avenida da Liberdade», the sugar refinery that intoxicated the senses of those who circulated there… there was a bit of everything, at times when the street still had car traffic and was one of the best served by commerce and services of all kinds. Mr. Fernando, employed in the shoe store (which he now owns) since he was twelve years old, could design every door, every facade, every sign, the landscape at last, in the last detail, reminiscent of names of the families who then lived on top, as customs dictated: “This street was more diverse, richer. Whoever came to the city used everything…” (Interview with Mr. Fernando on March 22, 2019).

Among these and so many other memories, intimate ones, shared others (Candau, 2013), Bertinho strolls, keeping himself on the threshold of before-after, along a street that duplicates itself in many streets, what ultimately motivates him to wander with no certain destination, since with the certainty of knowing where to return. And the point of eternal restart is punctuated by joys and bitterness, small stories that show and others that hide “where they never echo, shutting up for good”: “There was a time when, from the street, through the windows always open in hot weather, rumors of scandals and screams and cries and insults arrived. – It’s a street with a lot of life!, you can hear it said… ”(Graça Dias, 1991, p. 57).

It is from a past-present that the conversation that Passeio entangled with Bertinho last March 14 (and which we reproduce here in audio), just a few days away from the closing of schools, street shops, cafes… we met him later, already with the street engulfed in a fantastic silence, descending it in the manner of someone who hurries towards an unknown, but precise destination. In the expression of the movements, we recognize the usual rhythm, but the eyes, wider than ever, nevertheless reveal an increased unease (equipped with a surgical mask, waved from afar, slightly slowing down the step to ask “Is everything okay? … greetings to everyone at home! ”).