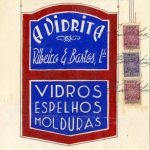 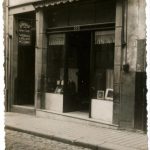 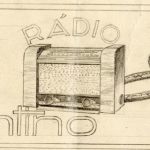 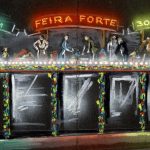 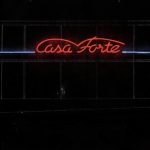 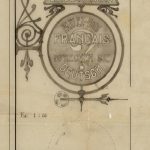 The catalyst force of the Bolhão Market – a documentary flânerie

When, on November 30, 1910, Hans Hittorff applied to the Porto City Hall for an advertising chandelier equipped with electric lighting, mounted on the façade of Rua Sá da Bandeira, nº. 259, the Bolhão market was already open-air. The license for the Berlitz Institute’s advertisement was obtained in January 1911, and the building of the existing Bolhão construction, designed by António Correia da Silva, started in 1914.

In 1915, during the Great World War, the market shops were put up for sale, in the first version of the architectural building that has survived to the present day. In September 2022, the new area was (re)inaugurated, branded by local municipality and media as the “soul” of the city of Porto. If the new life of the market justifies a sensory visit, what we propose with this micro-essay is, conversely, an exercise through archival and documentary flânerie, for what was written about the Bolhão and also about the commercial life that developed in the streets adjacent to the fresh market. Therefore, we revisit, through documents deposited in the Porto Historical Archive, the outdoor advertising (signs or advertisements) of the shops in the surrounding streets, over a time that begins in 1910 and ends in 1947. Wandering through the memory of this route, we will try to reconstitute the life of the commercial establishments that flourished (and some of them still do) due to the centripetal energy of this market, in a journey of memory recovery that makes use of the advertising boards, requested from the Porto City Hall by the owners of the commercial establishments

Bolhão is a building with a clearly defined architectural functionality. But from the beginning, it was embedded in the city, as people, a persona that melts into the identity of the city: “more than one hundred and fifty years of commercial vocation have made the Bolhão a heritage that is not only an object but also a concept, because it is a representative monument of a collective reality that emphasizes ‘civism'”(Nonell, p. 138). From the urbanistic point of view, the rectangular set has been largely responsible for the life cycles of four arteries of the city of Porto: Rua de Sá da Bandeira, Rua de Fernandes Tomás, Rua Formosa and Rua Alexandre Braga, where the four entrances of the market are located. As Eugénio Leite claims, “the city also grew with the construction of Bolhão, creating on this side an ample space and a modern thoroughfare” (2021, p. 34). of the market town.

Despite the charm that mythifies it, Bolhão has shown, throughout its life, the marks of its decrepitude and even exhibiting its birth frailties. Starting with the fact that it was installed in a muddy area, as suggested by the name Bolhão, which alludes to the existing water bubble of the ground where the market was installed. In 1835, the Rua do Bolhão (now Fernandes Tomás), was adjectivized as “most unworthy” (Sousa Reis quoted by Nonell, 1992, p. 68). But, already in 1877, Pinho Leal classified the fresh market as “elegant” (Nonell, 1992, p. 78). And Alberto Pimentel, in the tourist guide of Porto, refers to the “beautiful market”, which “contains two rows of elegant stalls, and is shaded by trees. There they sell vegetables, fruit, plants, poultry, flowers, etc.” (quoted by Dias, 1992, p. 109). Like the body that suffers the ravages of time, Bolhão also suffered from chronic or congenital illnesses, disguised by the tourist narrative (the aforementioned Alberto Pimentel) or exposed by the city’s literati on newspapers.

Despite the use of different designations, it is certain that, functioning as a catalyst of life in the city, in the perimeter of the arteries that surround it, the Bolhão Market is generically described, over the years of its life, by the press, institutionally or in academic descriptions, as a heritage of the city, a mark of solidity, perennial over time. However, as the entity that it is, it not only transforms the dynamics of the urban space (social, cultural and urban relations), but is also transformed by it. As explained by the market councillor Luís Oliveira Dias, two decades ago, “the demographic increase, the reconversion of the supply system, the lack of hygiene, the care in presenting the products and the vendors’ own needs” were pointed out as decisive for the need to reconvert the market (1992, p. 105). It is also necessary to take into account the emergence of new centralities in the city, such as the Boavista area, removing strength from the initial magnetism of life downtown. This means that, despite the tendency for a certain social imaginary to crystallize, the market persists in its function as an organism, a being in permanent change. Going to Bolhão is like visiting a long-time friend, to whom you recognise the old ways, but whom you always wish many years of life. This explains why the “market” value was underrated in the proposal drawn up by the city councillor of Porto, Luís Oliveira Dias, to entrust the organisation of the bases of the competition to the Faculty of Architecture of Porto in 1990.”it is a place seen with great affection by the people of Porto and is still a market (for food, flowers and even other goods) of great importance in the life of the city” (Oliveira, 1992, p. 123). At the time, among the problems pointed out were the lack of sanitation and the difficulty in adapting to new commercial demands.

The streets surrounding Bolhão are made up of shops outside the market, but not only there. The entire surrounding area (don’t forget that Rua de Santa Catarina is just a stone’s throw away) remains contaminated by the commercial purpose that the fresh market set off. The Casa Hortícola, located in the corner of Rua de Sá da Bandeira and Rua Formosa, is one of the most iconic establishments in this area. Close by, Chic Pensão (previously called Tivoli), which no longer exists, was also installed. The Confeitaria do Bolhão (right in front of the market’s Formosa Street door) has survived and remains one of the most populated pastry shops in this urban perimeter.

What can the advertising objects that promoted the commerce of the area around Bolhão tell us about the city (or about what it was intended to represent)? In 1940, the “Salão onde o Porto toma chá” (where Porto takes tea), was circulating by the confectioner’s shop lids and biscuits, as well as by the Porto tram service. At the same time, yesterday as today, the fine grocery store Pérola do Bolhão sold tea, coffee, dried fruits, codfish, cheeses, drinks and a whole mixture of colours and smells, which extends to the appealing façade of the commercial establishment. But if these two shops are still present in the life of the city, there are others whose existence can only be verified in the memory of the documents preserved in the Oporto Historical Archive, where we made this collection. In the 1940s, Salão Vasco and Magalhães, in Rua Formosa, sold a certain idea of feminine sophistication, as did Rússia No Porto, in Rua de Fernandes Tomás. The city promotes beauty, fashion, food, construction products and technology. Vidrita (also on Rua Formosa) advertised itself for the glass and mouldings trade. While Constantino Casais, in Rua de Sá da Bandeira, advertised products that now seem anachronistic, but were presented as the latest novelty for the home. Also in Sá da Bandeira, the emblematic Casa Forte, which occupied a now desirable block for real estate voracity, visually marked the space, with its shop windows for sports, fashion and home products. In 1947, it was dressed in neon for the celebration of the shopping house’s three decades.

The advertisements of the commercial establishments of the Bolhão quarter had a function, essentially practical, in the information they provided to potential customers, but also symbolic. We can read in them the remains of a city that has come to the present day and the remains of a commercial past, which conveyed a way of life. Whether in the refinement of a tea room or in a building materials establishment. The documentary wandering guides us through the graphic signs that each one of these images exposes. Perhaps the most stimulating thing is, despite everything, the exercise of imagination that, in a real city or one filtered through advertising boards, we always experience, pushed by the taste for accidental wandering.

Documents consulted in the Historical Archive of Porto: