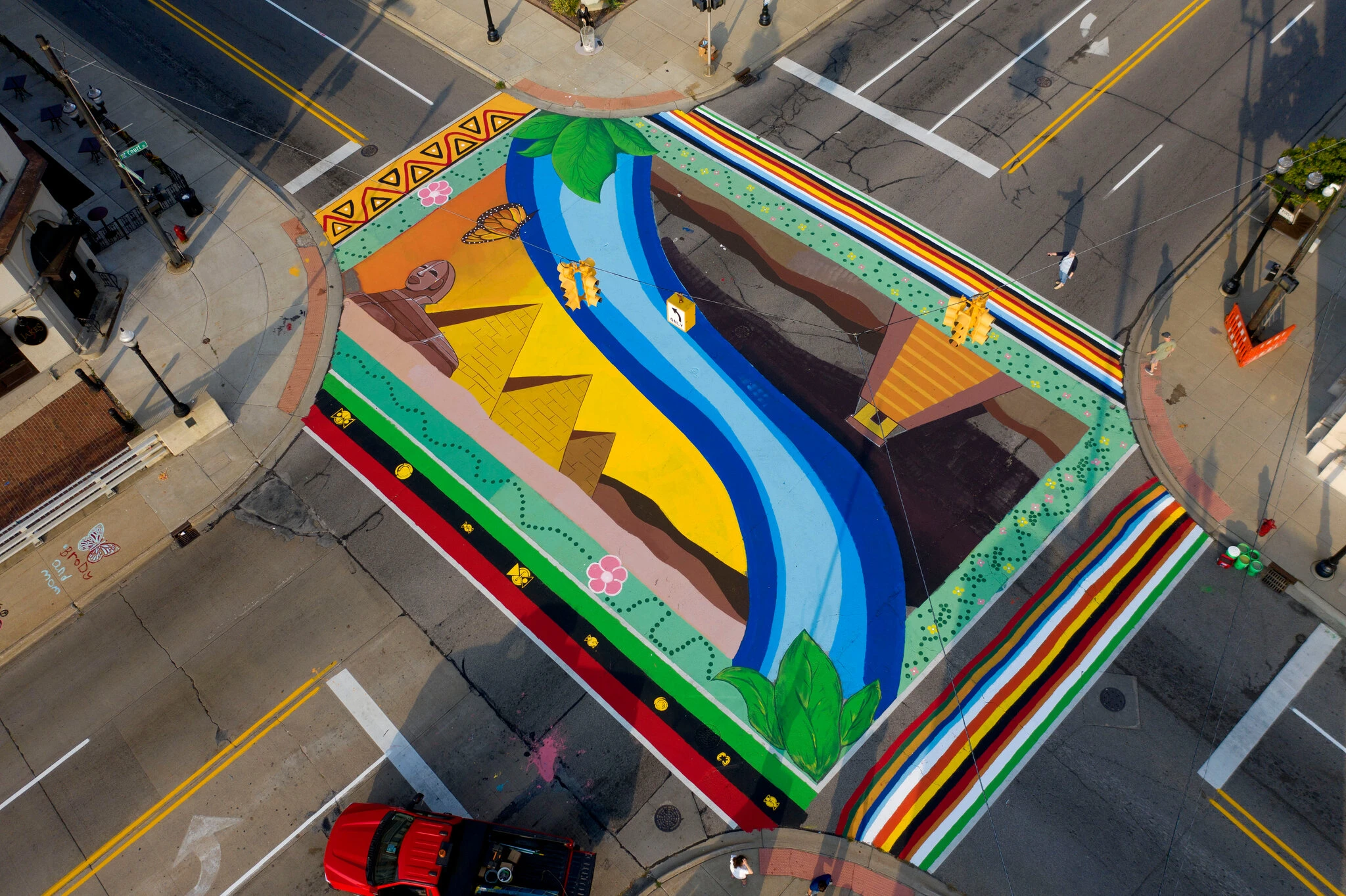 Art for (and through) streets

Walking through the city of Reno, Nevada (USA), will now be more pleasant and colourful. The Asphalt Art Initiative of Bloomberg Philanthropies proposed to incorporate art into public spaces in the small town in several ways, but with a certain emphasis on what the project calls asphalt art. Some city artists were invited to join the initiative.

Different visual interventions on roads (intersections and crosswalks), spaces for passers-by (squares and sidewalks), and vertical infrastructure (utility boxes, traffic barriers, and underpasses) can be seen around the whole city.

The initiative that has already passed through three other American states, namely Missouri, Michigan, and Virginia, proposes to revitalize the public space with urban art to make them more inviting and safe. Kate Levin, former commissioner for the Department of Cultural Affairs in New York City, asks,  in an interview with The New York Times, “why not use projects like this to allow people to get involved, create a sense that public space belongs to everyone?”