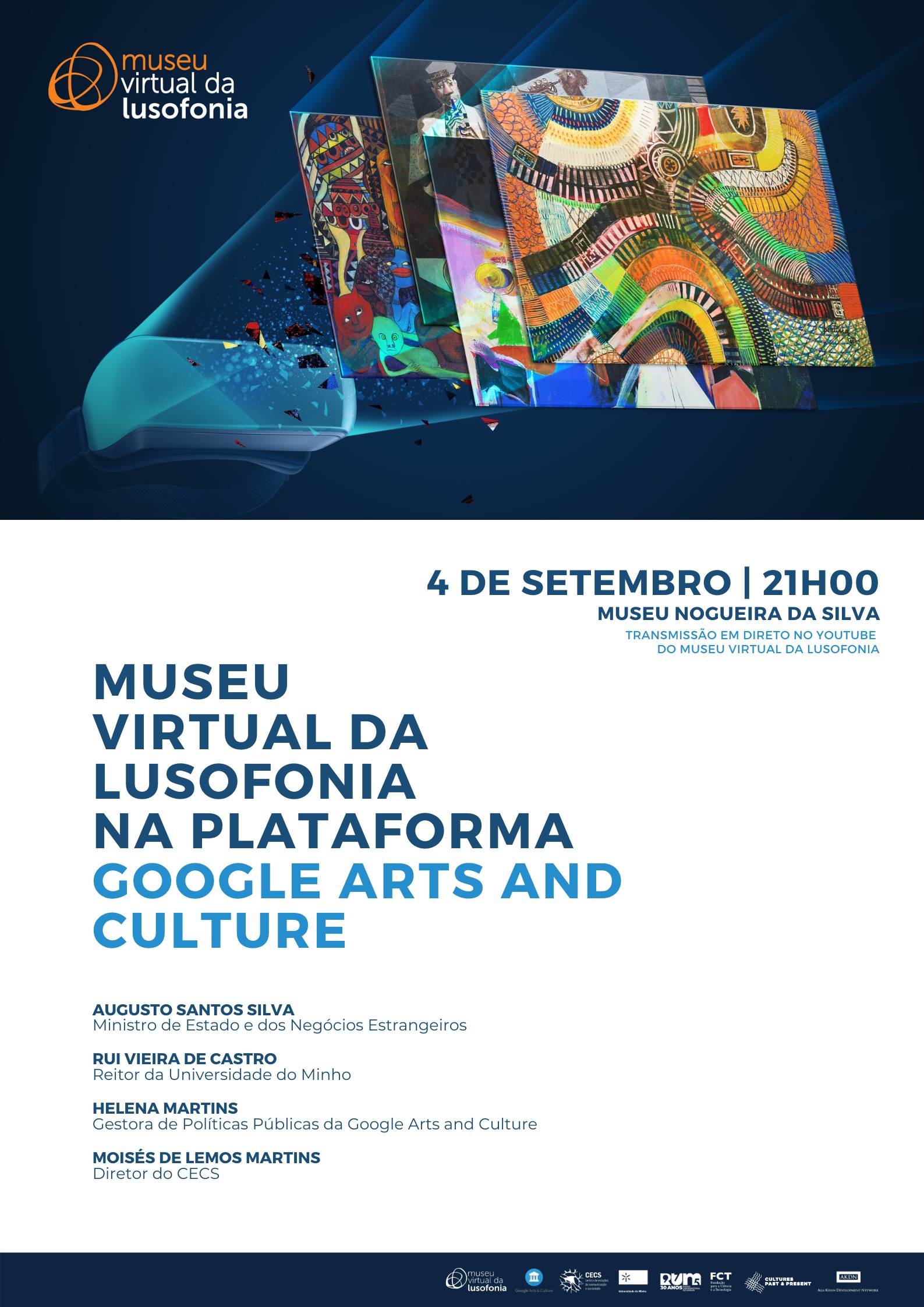 Launch of the Museum of Lusophony at Google Arts and Culture

On September 4, the Virtual Museum of Lusophony will be launched on the Google Arts & Culture platform. The presentation ceremony will take place at the Nogueira da Silva Museum, in the center of Braga, at 9 pm. The event will be attended by the Minister of State and Foreign Affairs, Augusto Santos Silva, the Dean of the University of Minho, Rui Vieira de Castro, the Public Policy Manager at Google Arts & Culture, Helena Martins, and the Director of the Museum Of Lusofonia and the Center for Communication and Society Studies (CECS), Moisés de Lemos Martins. The ceremony will be broadcast live and can be accessed here.

The Virtual Museum of Lusophony was created by the referred study center in 2017, as a platform for artistic and cultural cooperation open to all the space, physical and virtual, of the Portuguese language. According to professor and researcher Moisés de Lemos Martins, the Museum’s objective is “the constitution of a cross-cultural and transnational space, open to the active participation of citizens, disseminating artistic and cultural materials from Portuguese-speaking countries, their diasporas and regions such as Galicia, Goa and Macau, which express the diversity of cultures in this space and shape the collective memory of these communities and their plural identity ”. “The Virtual Museum of Lusophony also aims to develop dynamics of interaction and cooperation, cultural, artistic, civic and scientific, in the vast Lusophone space, not forgetting the importance of the colonial past in the gestation of what we are today as countries of Portuguese language”.